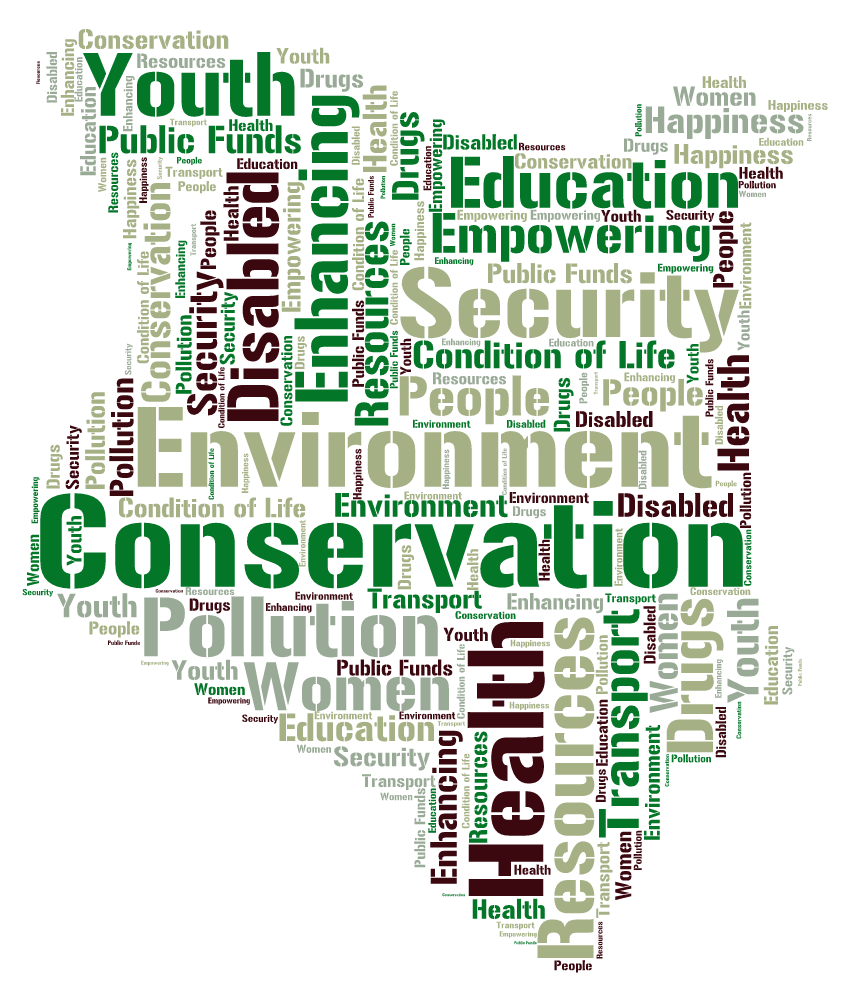 Kenyans overwhelmingly ushered in our current constitution on the promise of devolution which they felt result in increased grass root access to resources and political power. Indeed people’s expectations of county governments continue to be extremely high.

While most county governments tend appreciate this fact and try to capitalise on low hanging fruits as soon as they kick off, others prefer to spend the nascent stages laying the ground work and planning elaborately for delivery. Irrespective of leadership style, what remains critical is that people feel the impact of devolution in their daily lives.

County governments need to fully decipher the perceptions of their residents and develop strategies that are concomitant with their expectations. It’s against this back drop that Infotrak Research developed The CountyTrakTM Index to provide an objective Citizens’ Scorecard on the performance of their County governments against set key performance indicators.

This 2nd study also covered all the 47 counties, 290 constituencies and 1450 wards with an overall sample of n=37,600.Each county was treated as an individual universe and assigned a cluster sample which ranged between n=600 and n=2000 which translated to into a margin of error of between +/- 4  and +/-2 at 95% degree of confidence.

The CountyTrak Index was conducted between October -December 2019 & January 2020.

Number of  respondents who feel like things are better than before

Number of respondents who feel like things are same as before

Number of respondents who feel like things are worse than before

The key drivers that determine positive or negative perception over the traction devolution has made emanate from the existence or lack thereof of tangible development activities. As such, positive sentiments about devolution have been realised where there is increased infrastructural development especially in the area of road networks; where there is proof of existing health facilities being rehabilitated and new ones being built; where there are increased childhood education facilities and village polytechnics and where there is increased food production and affordable and easy access to food. Where infrastructure, health, education and agriculture have performed comparatively poorly, the county residents have intimated that the situation in their areas is essentially worse than before.

Where infrastructure, health, education and agriculture functions have been performed well, county residents have expressed optimism with devolution.

If you really want to be happy or meet happy people, then you must take a trip to Makueni, West Pokot, Machakos, Bomet, Kwale, Elgeyo Marakwet, Marsabit, Uasin Gishu, Kericho and Mandera where the happiness index is above 60%.  It is no mean feat that these counties managed to garner such a high index as the national average across the 47 counties is 57.3%.

There are lessons to be learnt from Makueni, West Pokot, Machakos, Bomet, Kwale and the other happy counties so it may be useful to make a visit. Interestingly the CountyTrak Happiness Index is closely corroborated the results of the World Happiness Report 2020.

A comparative analysis between the 2015 and  2020 index confirms that happiness is not static. Some of the happiest counties in 2015 have dropped of the top 5 rankings. These include Samburu and Murangá. The three have been replaced by Makueni which is currently the happiest county, Bomet and Kwale. Elgeyo Marakwet and Machakos have maintained their top rankings in the happiness index.

Some of the key insights from the 2020 Happiness Index were as follows:

The overarching similarities in these regions are increased food security, peace and comparatively improved access to services.

Software is just as important as hardware.

City dwellers are seemingly an angry and frustrated lot! Although towns have better services , the lack of social support and environmental ergonomics couples with congestion, pollution and economic pressures just makes city dwellers a dull and unhappy lot.

Hot on the heels of the 2003 elections, Kenyans were ranked as one of the most optimistic countries globally. The situation of buoyancy was attributed to the renewed hope that Kenyans had with the new NARC government. The honeymoon with NARC was short lived and Kenyans soon relegated back to dire levels of optimism as corruption, nepotism, tribalism crept back into government and rendered the country extremely inept and perhaps one of the most corrupt. The situation was exacerbated by the unfortunate events of the post-election violence.

Yet over every cloud there is a rainbow. Kenyans’ rainbow manifested itself through the new constitution which was heavily hinged on devolution.

In 2015 , the mean optimism index across all 47 counties was 76% probably making Kenyans once again one of the most optimistic people globally.  The current 2020 Optimism Index is down 11 points standing at 65%

While optimism was a general question in the CountyTrak Index, The core drivers for optimism are linked to improvements in areas such as agriculture, health, trade, education, infrastructure etc. In areas where insecurity was rife prior to devolution, activities that have been initiated to mitigate the situation by national government in conjunction with County governments have also increased optimism.

Some of the reasons for optimism in the top league club are:

The Optimists club top league; the counties with the rosiest views of the next year include Baringo, Bungoma, Kericho, Kisii, Kajiado.

Generally, the people of Makueni people are currently are more satisfied with their condition of life than residents of most other counties. The initiatives by the government to provide better food security, social security, health and public participation  have yielded fruit and made the residents relatively more satisfied with their lives then they previously were. The increased agricultural and economic activites in the area may have greatly enhanced household income and living standards. The same may be alluded of  Elgeyo Marakwet, Uasin Gishu, West Pokot & Kericho where boosted trade and development has increased the disposable income of the county residents resulting in improved lifestyles.

Most  of the top league counties in the 2015 index have dropped off. These include: Muran’ga, Machakos and Garissa.

The main objective of the Index is to ascertain County residents’ assessment on the performance of their County Governments against set Key performance indicators and to develop a Citizens Scorecard on the performance of their County governments. This perception Index probably the first of its kind and magnitude in Kenya, provides an excellent baseline on county residents’ appraisal of performance not only by devolved function but also by ward. The  index also provides a palate from where other evaluation tools can be developed to further probe and understand the insights from the statistics.

Using a sample of N= 37,600 ( n=600 -2000 per county) , the CountyTrak Index was conducted between Oct-December 2019 & January 2020 using the CATI approach (computer assisted telephone interviews) among adult Kenyans living in the respective Counties. A structured questionnaire with likert type ranking questions was applied on key performance indicators that were developed based on the core devolved functions . The Key issues of concern & Emotional areas such as condition of life, happiness and optimism were treated separately.

Just like is done for the president and opposition head, the approval rating for elected leaders asked one simple question: How would you rate the overall performance of your Governor/Senator/Women Rep/MCA/ MP on a scale of 1-10 where 1 is extremely poor and 10 is excellent. Whilst all elected leaders have elaborate job description which include but are not limited to legislation, they are elected leaders who sought the mandate of the electorate and the perception of their performance is by far and large is determined by their engagement with the same electorate.With the exception of MCA ratings where the ratings of all MCAs within the county were consolidated into one overall index, the ratings of all the other elected leaders within the county are individual ratings and depend entirely on their engagement with their electorate.